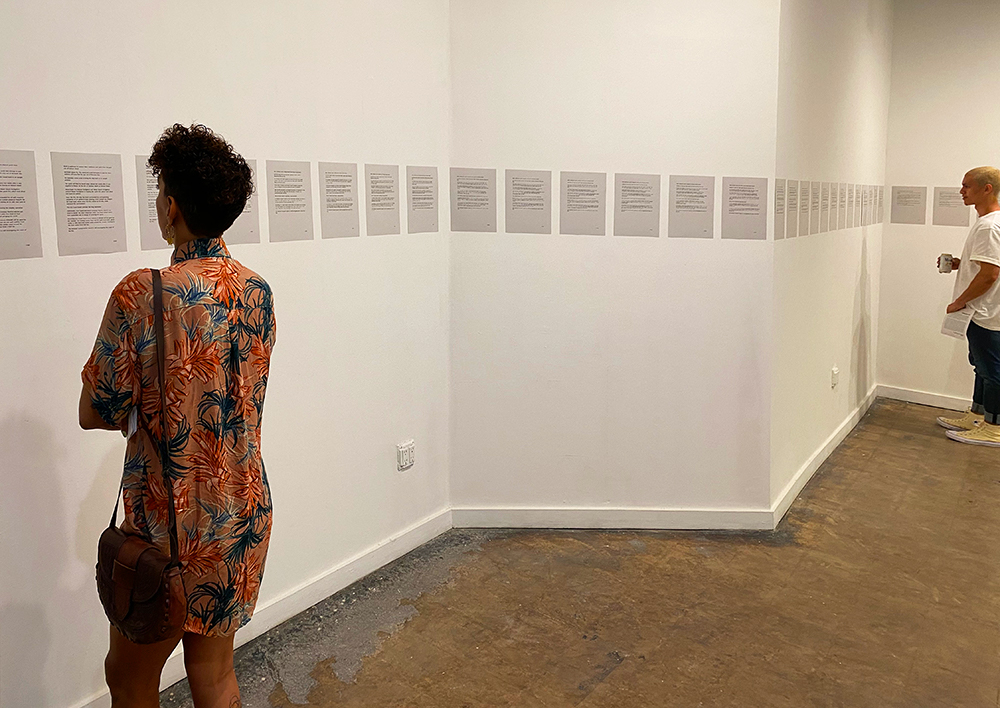 nuance/drift is a generative installation in which translation software is used as a medium for creating poetry. A program running on a Raspberry Pi periodically gathers local news stories and runs them through all 103 languages provided by Google Translate. As they are re-translated back into English, they transform into poetic, unrecognizable, sometimes absurd versions of the original texts.

Technological developments like translation software allow us to communicate over vast distances and differences, but what meaning is lost in this exchange of information, and what new, if unintended, meaning is created in the shift from the local to the global scale? In exploiting the weaknesses of a tool as ubiquitous as Google Translate, nuance/drift calls into question the biases implicit in the construction of technology and automation. Languages like Lakota or Oromo that may not have extensive resources of data for translation algorithms get left out of Google Translate, and translations to and from languages that are spoken in countries with less global influence are notably less reliable.

Throughout each iteration of the translation cycle in the installation, the pieces of text change subtly until by the end the text is entirely different. When all the components of a thing are changed, is the thing itself still present? The project was shown at Laundromat Art Space in Miami in January 2020. The installation included a bot selecting and translating articles in real-time, displays of slowly changing texts, and prints of each re-translation of a single article stretching along the walls of the gallery. 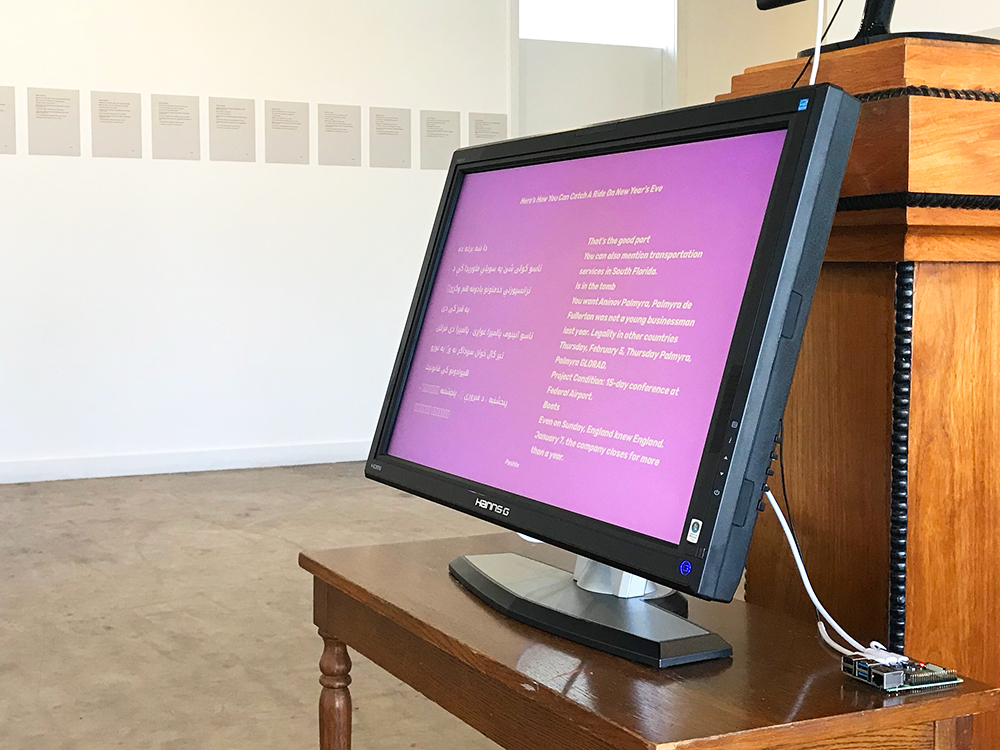