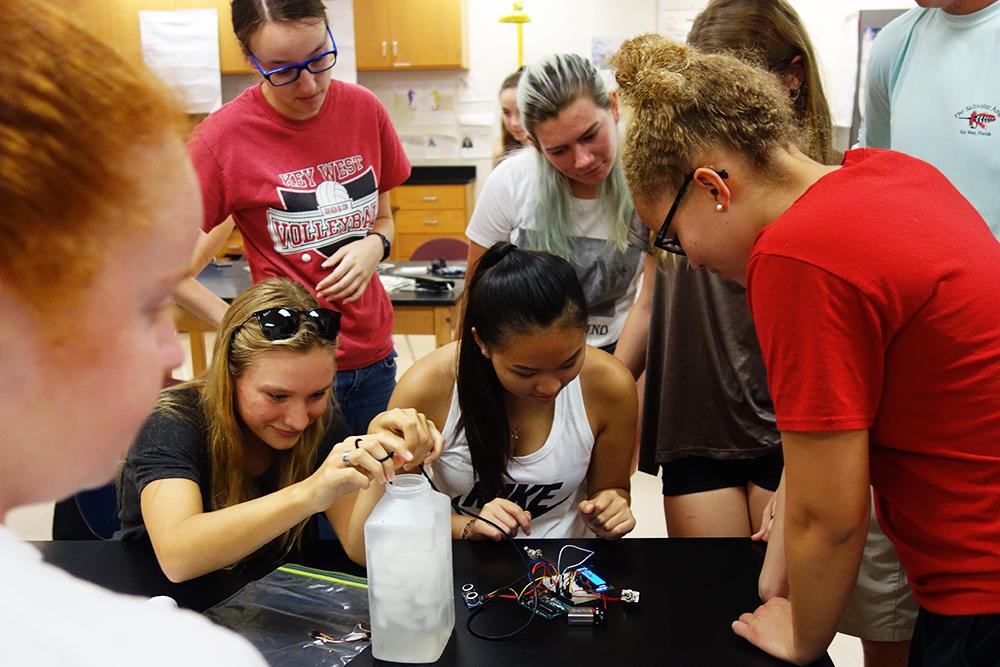 From research carried out among coastal communities in Key West, U.S.A. and Happisburgh, U.K. in 2015-2016, I found that even in locations anticipated to be greatly affected by sea level rise and coastal erosion, local interaction with scientific projection data is limited as a result of its complex, uncertain, and global nature. In an effort to create more meaningful interactions with this data through first-hand, embodied experiences with coastal environments, I designed a format for building DIY sea sensors to gather situated knowledge about climate change and form hands-on engagements with projection data.

I hosted a series of workshops in Key West, Florida with local high school students in which they built and tested their own sea sensors. The students kept their sensors to use them to gather data in their own chosen locations. 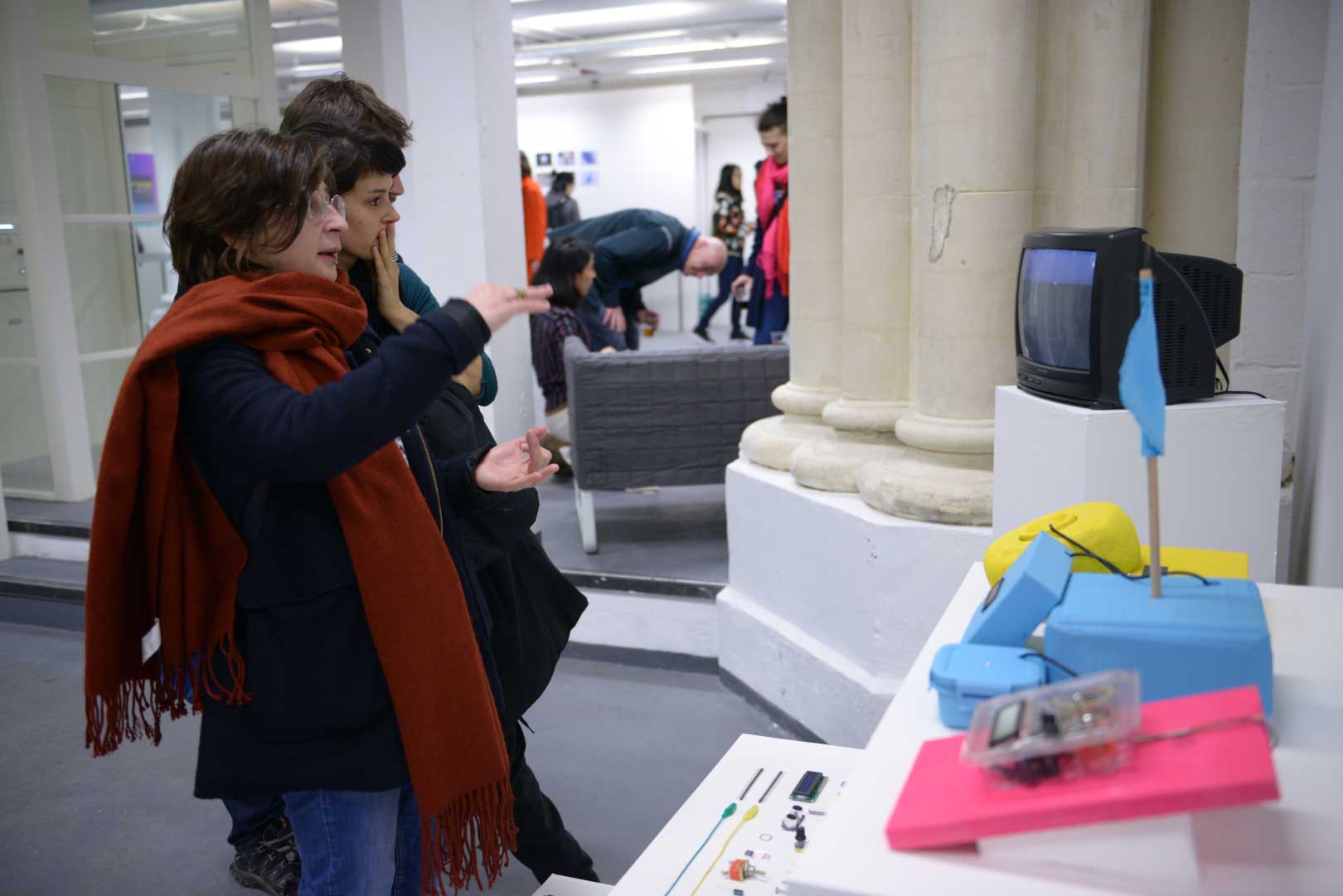