Our own experiences of using the towpath along with stories from friends inspired us to start the project; one friend was nearly run over by a bike while walking under a bridge but managed to stop the bike by grabbing its handlebars. Another friend who is a cyclist himself accidentally knocked another cyclist into the water at a narrow crossing. Through observing locations along the canal and asking people about their experiences, we found that pedestrians and cyclists without bells had no way of signaling that they are coming under the tunnel apart from shouting, which many people found embarrassing. 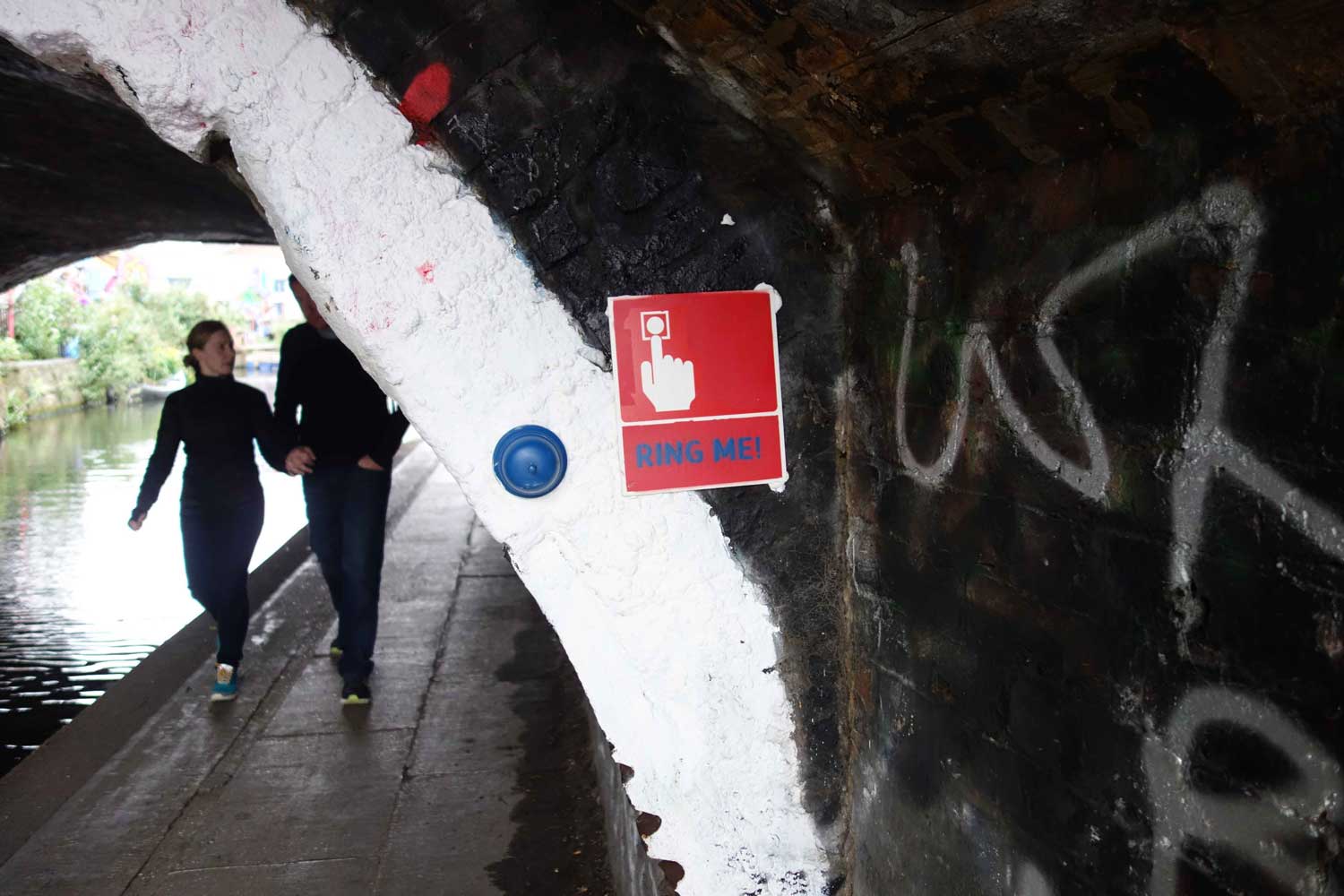 Our first experiment included the installation of various bells in areas that we noted to be particularly dangerous and could benefit from a signaling system for both pedestrians and cyclists. After some time, the bells were stolen or destroyed. 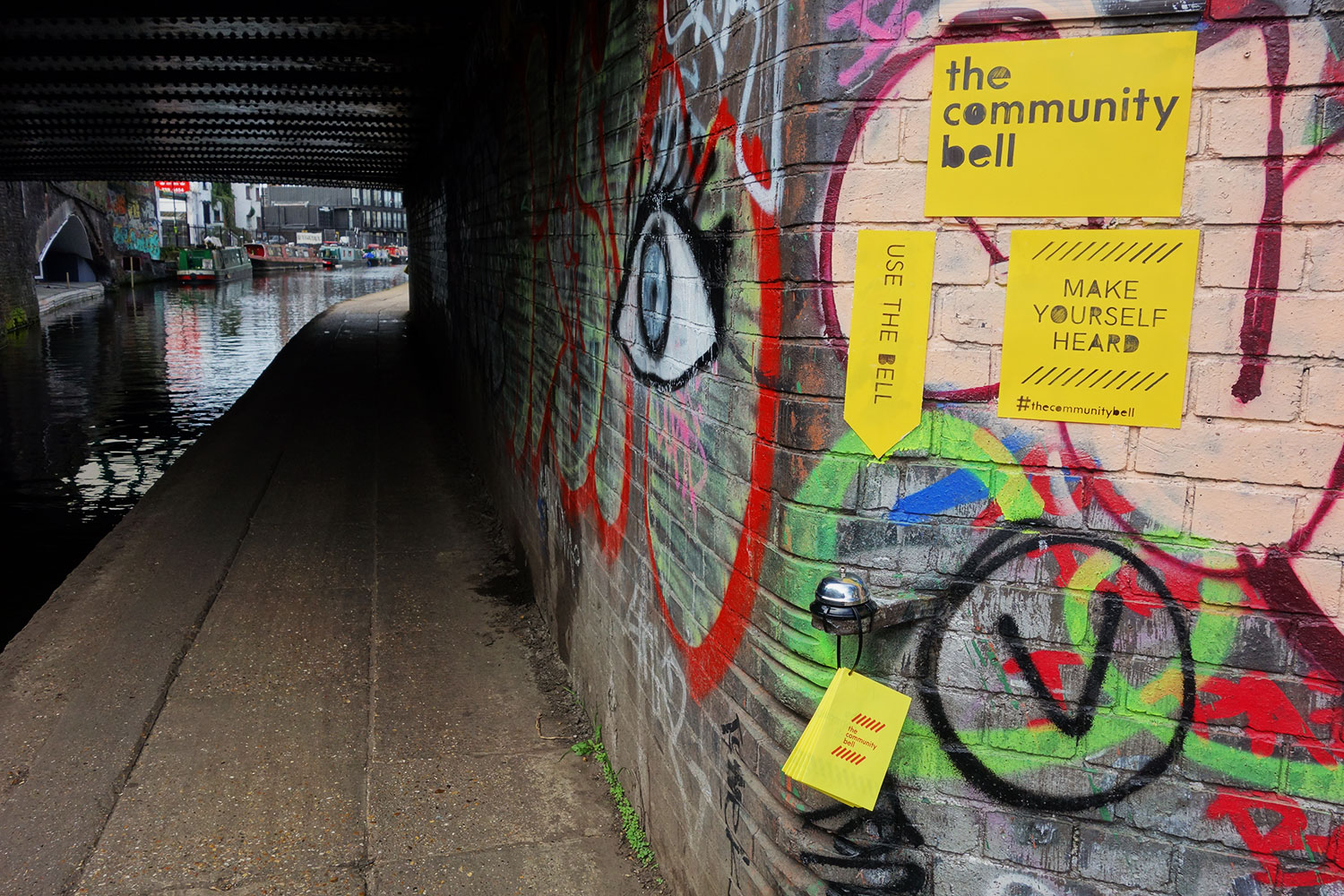 In our research, we noticed much tension between cyclists and pedestrians. We intended for the community bell to be used by both groups of towpath users and to serve as a reminder for all users to have respect for one another and treat the space as a part of a greater community. Positive feedback from the first prototypes encouraged us to install a second iteration of the bell, which we intended to be more sturdy than previous installations. We had found that the 'office'-type bell worked best in the first iteration and that people seemed to enjoy using it the most. We created a hashtag and leaflet to accompany the installation.